Retzlaff Wins at Virtual Bristol in eNASCAR Road to Pro iRacing Series, Locks in for the eNASCAR Contender Series 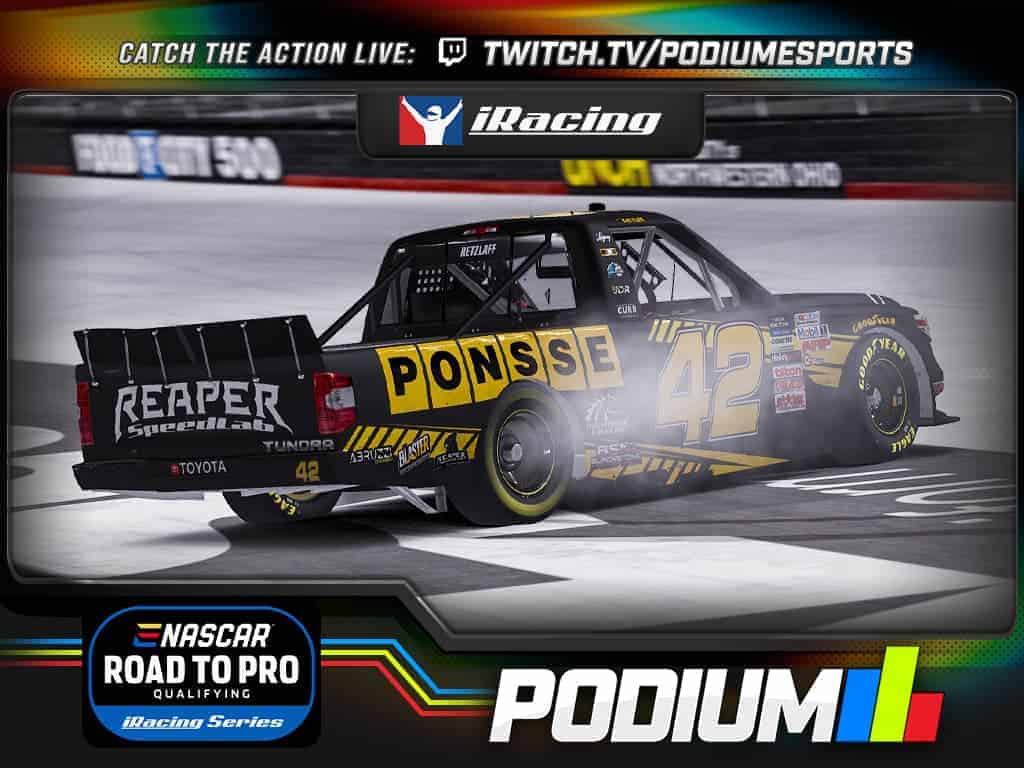 Rheinlander, WI: Retzlaff came back from an early speeding in pit lane penalty that dropped him back to the tail end of the field during the middle of the race. With twenty-six laps left in the race, Retzlaff took the lead and never looked back.

“I really wanted to finish out the season strong after throwing out the Rockingham race on pit road, I want to thank PONSSE, Ironhorse loggers, Eco Tracks, Grille Adz, Paul G Sent Trenching, Boyd Hoggan, Jared Crawford, and Chris Hill for being an amazing spotter and crew chief.” Retzlaff said following the huge victory. He will now be locked into the eNASCAR Contender Series starting in November.

Retzlaff started on the second row, needing a top twenty finish to lock him into the eNASCAR Contender Series. He started up front, stayed up front, dominated, and came home with a much-needed win. He took advantage of the track position all night long. Great pit stops allowed him to keep the lead and work his way toward victory. He had a challenge from the drivers behind him, especially Austin Yarbrough, Elliot Sadler eSports racing driver near the end, but none were able to prevail.

Bristol has always been home to wild races, regardless of eNASCAR or actual NASCAR. This was the second short-track event of the season for this series, and it proved to cause chaos up and down the running order all night long. However, even with the wreck fest near the end, it was one of the calmest races we saw at Bristol in the history of eNASCAR.

Passing at Bristol has been very difficult for many years now, and Thursday was no different. Retzlaff held the lead as he was able to run the preferred groove at the bottom of the track. Working the bottom is something many drivers attempted to do, but few succeeded.