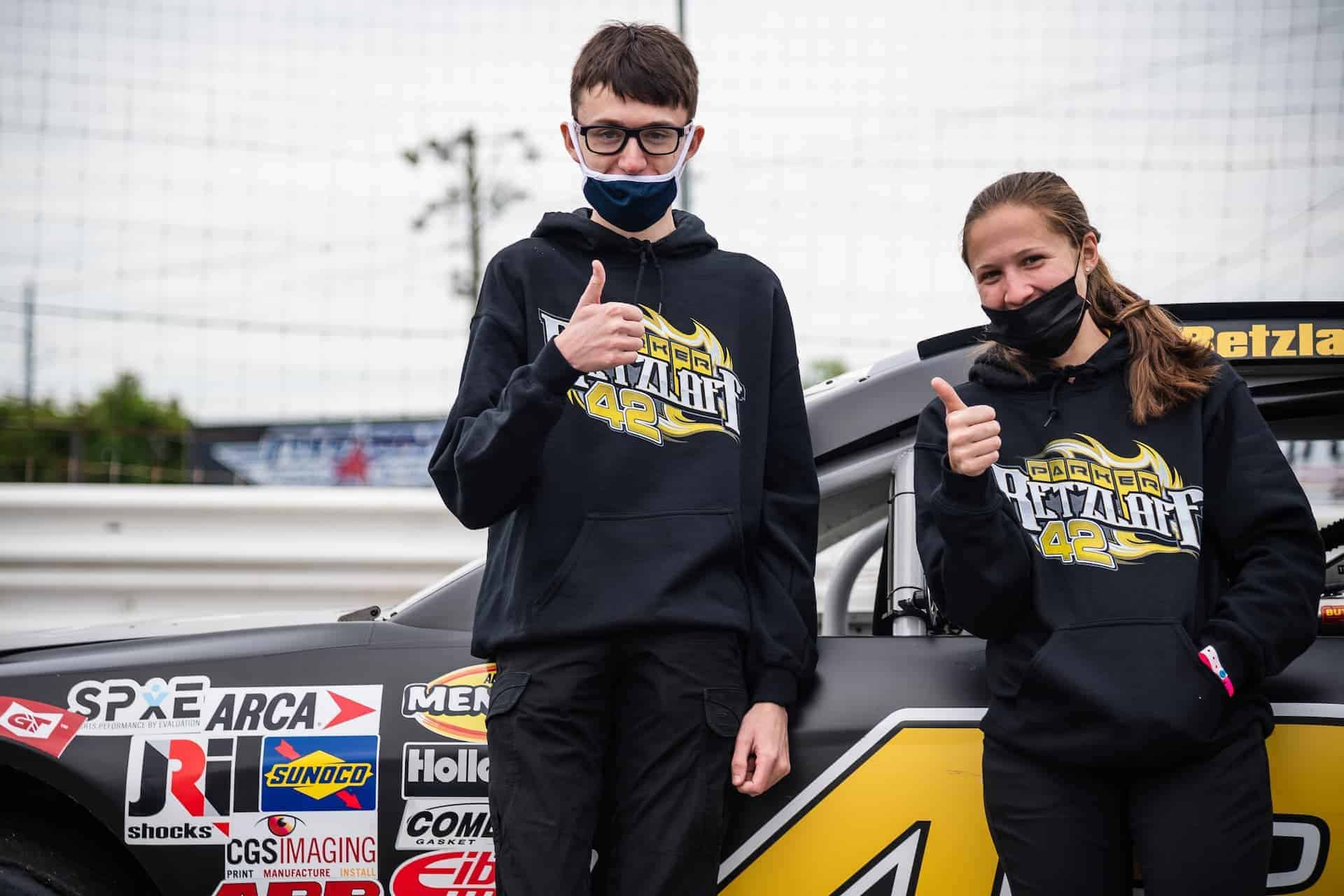 Teenage standout Parker Retzlaff heads to New Smyrna (Fla.) Speedway for Monday night’s Jeep Beach 175 not only looking to capitalize on his 2020 ARCA Menards Series East success but hopefully steal the limelight of his fellow competitors with a victory in his seventh career ARCA East start.

Planning to compete for the 2021 ARCA Menards Series East title, Retzlaff, 17, knows the challenges he faces competing against some of the bigger teams, but as his Cook Finley Racing team has proven time and time again, they are not to be taken lightly.

“I’m just ready to get back to the race track,” said Retzlaff who finished fourth in the championship standings last season. “I felt like we accomplished a lot in just six races. We finished inside the top-10 in five of them, but we know we need to be better and I think we’ve made some tweaks that will help us achieve our goals this year.”

During the off-season, Cook and his team were able to update their race equipment, while also being able to focus on some of the smaller team elements which can prove to be the difference in
finishing first or sixth in ARCA Menards Series East competition.

Aside from the competition standpoint of the organization, Retzlaff has been working hard off the track – bring marketing partners front and center to help make the 2021 season a reality.

Ponsse, which manufactures and markets a range of forestry vehicles and machinery such as forwarders and harvesters will return as the primary partner of Retzlaff’s No. 42 Toyota this season, while Iron Horse Loggers, Eco-Tracks, Paul G. Senft & Sons Trenching LLC, Strike Force Energy, MMI, Sunwest Construction, Zamp, Absolute Realtors and HDFive | Horvath Design will all join as associate partners for the 150-lap race on Feb. 8.

“I feel very fortunate to be able to have a stack of companies that believe in me and our Cook Finley Racing team,” added Retzlaff. “While I’m super thankful to have the continued support of Ponsse, Iron Horse Loggers and Eco-Tracks, I’m pumped to welcome Paul G. Senft & Sons Trenching, Strike Force Energy and Zamp as new partners this year and look forward to building a relationship with them.”

“I learned a lot last year, especially how to maneuver in traffic at New Smyrna,” recalled Retzlaff. “It really is a rhythm type race track. And the corners are completely different. You attack Turns 1 and 2 different than you would (Turns) 3 and 4, but that’s where the fun element comes into place.

“We need to use practice to our advantage and have a better starting spot than we did last year. I felt like we may have burned up our equipment a little racing through the field and getting into the top-10. It’s a quick race, so no time for errors or making that wrong move that could potentially set you back or unfortunately end your night.

“Hopefully, we can have a strong night and then focus on Five Flags Speedway later this month.”

Before turning complete attention to ARCA Menards East competition, Retzlaff has had a busy offseason.

He was hand selected for the Road to Daytona program by ARCA officials after his successful ARCA East campaign in 2020. He was one of 56 drivers to turn a lap at the historic 2.5-mile superspeedway in the No. 10 Fast Track Racing prepared entry.

Additionally, Retzlaff has stayed busy with iRacing, where he continues to rack up victories and currently ranked inside the top-10 as one of the winningest iRacing drivers in the world. To date, he tallies over 1,509 victories and more than 50,000 laps led since 2016.