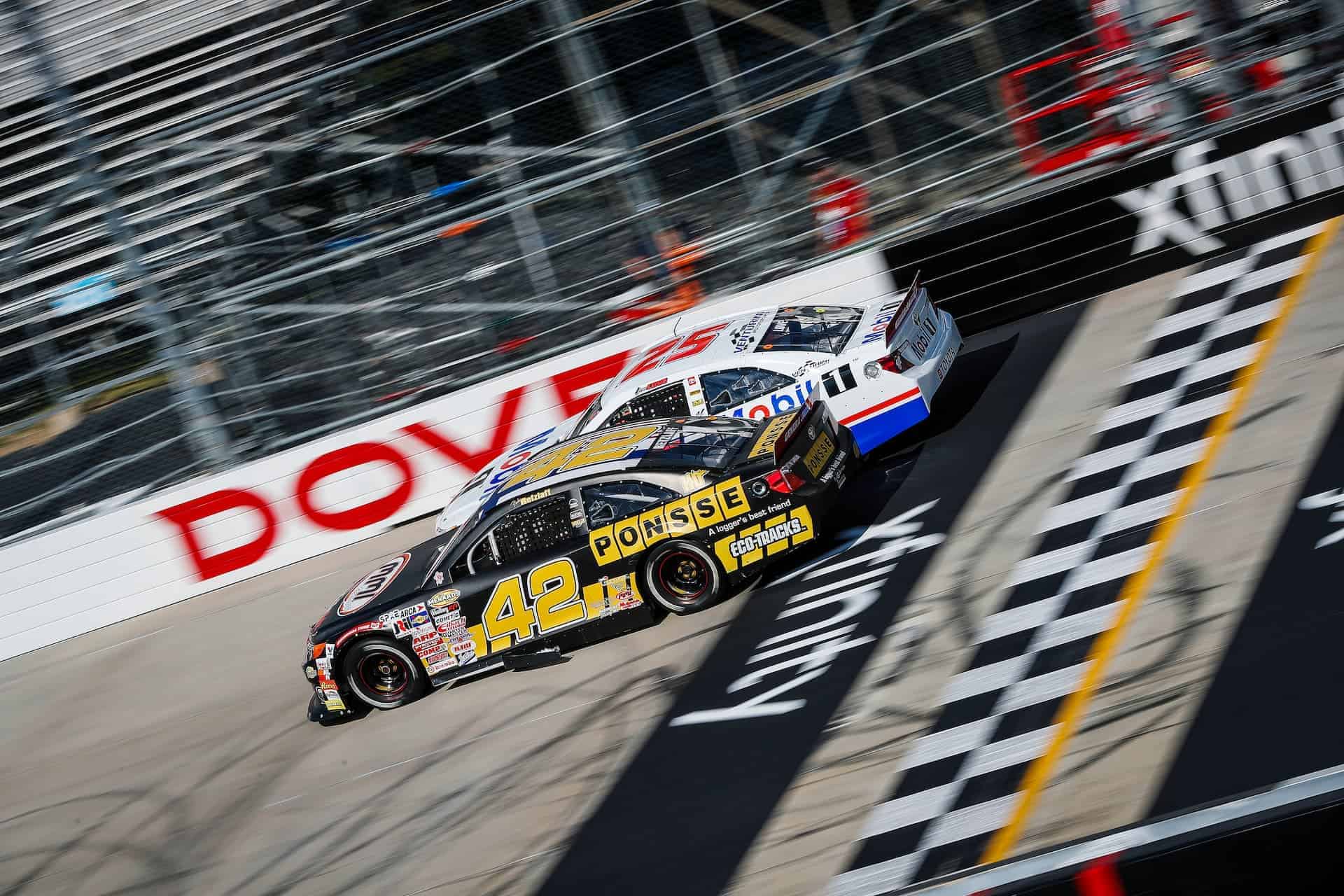 The Rhinelander, Wisc. native has turned numerous laps at the 1.0-mile concrete oval on iRacing, he will experience the “Monster Mile” for a second dose during a combined practice and qualifying session Friday afternoon.

Touted as one of the best iRacers in the country, Retzlaff is hoping to take some of his Dover rhythm from the computer and apply it behind the wheel of his Cook Finley Racing No. 42 Ponsse | MMI Toyota Camry and better his seventh-place performance last August.

“This has been a race I have circled on the calendar all year,” said Retzlaff. “I’m excited to get back to Dover and have an opportunity to build my resume in the ARCA Menards Series East but also contend for a top-five finish on Friday afternoon for our partners and everyone at Cook Finley Racing.

“It’s always nice to go back to a track for a second time,” he continued. “This weekend will obviously be completely different than iRacing, but I’m ready for the challenge and I know that I have one of the best crew chiefs in the garage with Amber Slagle, not to mention the experience of my car owner Bruce Cook. Just like Nashville, Dover will be extremely competitive, and I just want to make sure I’m doing my part behind the wheel.”

Dover marks the halfway point of the 2021 ARCA East season and with an average finish of 7.3 in the first three races, Retzlaff remains focused on improving that average as the season marches on.

“I can’t believe we’re already halfway through the season, but there’s plenty of work still to be done,” added Retzlaff. “Our finishes have been solid this year, but I know everyone wants to be better and that is our goal not only for Dover but for the rest of the 2021 season.”

Set to make his 10 th career ARCA East start this weekend, Retzlaff believes his team is capable of scoring their first career ARCA Menards Series East win this weekend if all the stars align.

“The sky is the limit for us at Dover this week,” he said. “We can win. This team is good enough to win. But, if the opportunity is not good enough to win, we’ll think big picture and focus on points and look ahead to Southern National next month.”

Ponsse, which manufactures and markets a range of forestry vehicles and machinery such as forwarders and harvesters will return as the primary partner of Retzlaff’s No. 42 Toyota.

“I feel very fortunate to be able to have a stack of companies that believe in me and our Cook Finley Racing team,” added Retzlaff. “We earned them some time in the spotlight in the first two races of the season, it’s important to keep that going this weekend at Nashville.”

With five East races remaining this season, Retzlaff has climbed to fifth in the championship standings, tied with fellow driver Rajah Caruth but is 30 markers behind current points leader Sammy Smith.

The General Tire 125 (125 laps | 125 miles) is the fourth of eight races on the 2021 ARCA Menards Series East schedule. A combined practice and qualifying begins for the one-day show on Friday, May 14 from 1:45 p.m. – 2:55 p.m. The event will take the green flag just after 5:00 p.m. with live television coverage on TrackPass on NBC Sports Gold and SiriusXM Channel 391 (Online and the SiriusXM App: Channel 981). All times are local (ET).