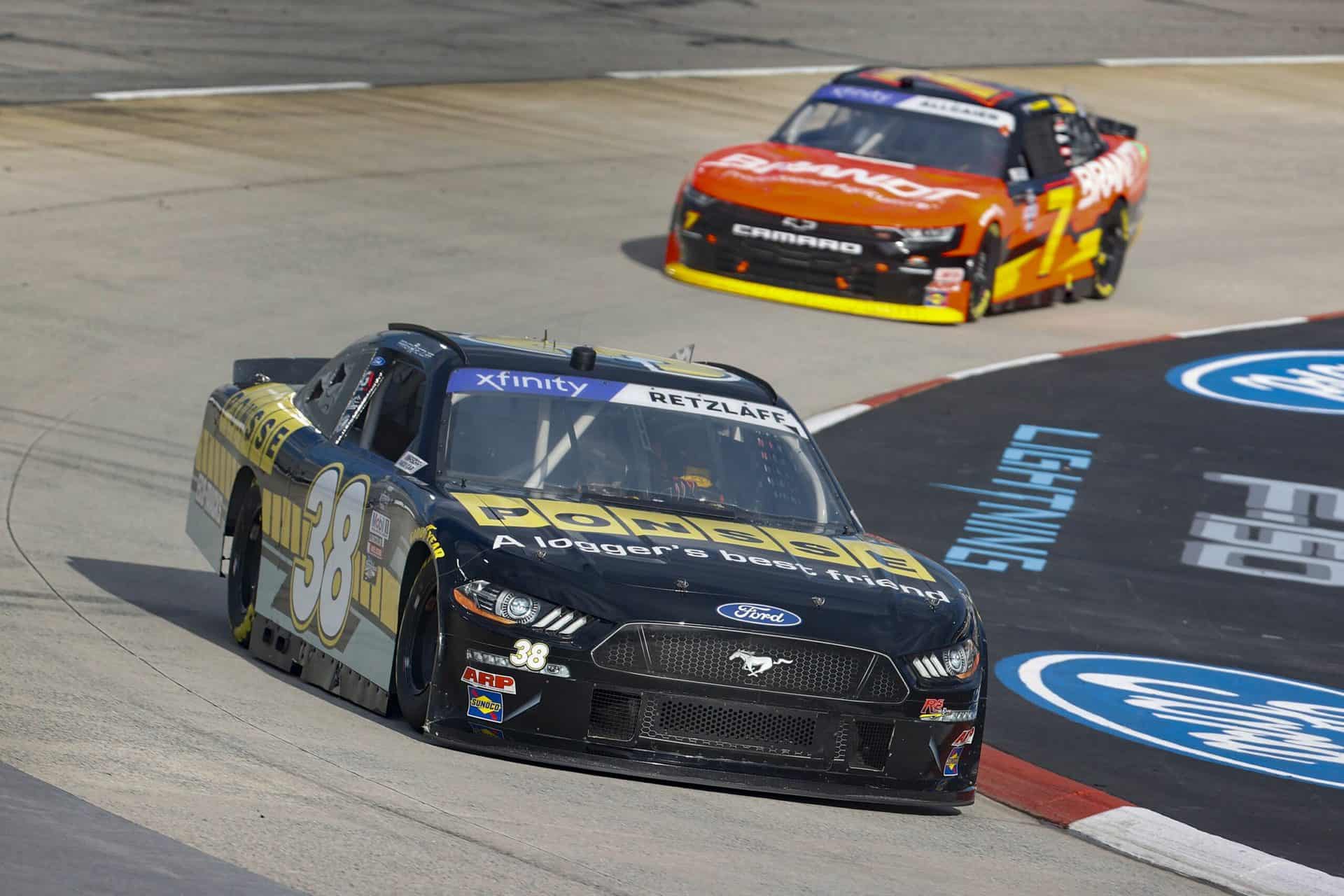 DOVER, Del.: Set to make his fourth NASCAR Xfinity Series start of the season this weekend at Dover (Del.) Motor Speedway, thriving rookie Parker Retzlaff is hopeful that his prior experience at the “Monster Mile” will reward his RSS Racing team with his second top-10 finish of the season.

Retzlaff returns to the seat of the No. 38 Ponsse Ford Mustang after a brief three-week hiatus but on the heels of a solid 12th place finish in his Martinsville (Va.) Speedway debut on April 8th.

After qualifying 20th for the Call 811 Before You Dig 250 at the famed 0.526-mile paperclip, Retzlaff exercised extreme patience throughout the race and continued to showcase his short track skills and put himself in position for his second straight top-10 finish of the year.

However, an array of late-race cautions jumbled the field and despite his best efforts, Retzlaff settled for 12th after a grueling night of beating and banging under the beaming Virginia lights.

“I’m still a little disappointed that we finished 12th at Martinsville so that just gets me fired up thinking about Dover Motor Speedway this weekend,” said Retzlaff. “I cannot thank everyone for RSS Racing enough for giving me a fast No. 38 Ponsse Ford Mustang.

“Historically, Martinsville has always been a tough place to pass and the Xfinity race was no different. I thought we were in a good place, but there was just so much chaos at the end of the race and we finished 12th. Not what we wanted, but it wasn’t terrible either.”

Eyeing to keep his name in the spotlight, the Rhinelander, Wisc. native returns to the famed Dover race track hoping his prior two ARCA Menards Series East starts at the 1.0-mile facility will pay dividends in Saturday afternoon’s A-Game 200.

In his two previous starts in 2020 and 2021 respectively, he earned a respectable seventh-place finish in his track debut and finished 12th last spring.

“I love everything about Dover,” added Retzlaff. “It is a very demanding race track and it’s a track where hitting your marks every lap is crucial to execution. Passing can be tough, but it’s doable and from time to time, you can see a stretch of long green flag runs. I’m not sure what to expect on Saturday afternoon, but our RSS Racing should be ready for any challenges that come our way.

“I know track position is going to be super important but I’m hopeful that my two prior races in ARCA East will be beneficial from a driver’s perspective. I didn’t have any prior experience at Richmond or Martinsville, so it took some time to get up to speed with those tracks, but at Dover, we should be able to go hard in practice and get a good baseline for qualifying and then the race.”

Retzlaff’s goals for his fourth of 10 Xfinity Series races with the Sugar Hill, Ga.-based team is to better his 10th place finish from Richmond and inch closer to a top-five performance.

“Finishing strong is what is going to keep our momentum rolling,” continued Retzlaff. “Following Dover, I won’t be back in an Xfinity car until Nashville in June – almost two months so it’s important to have a good finish – hopefully better than Richmond so we can keep some momentum on our side and inch closer to a top-five if not this weekend than maybe at Nashville.”

Ponsse, which manufactures and markets a range of forestry vehicles and machineries such as forwarders and harvesters will return as the primary partner of Retzlaff’s No. 38 Ford Mustang for the 200-mile race.

“I feel very fortunate to be able to have the support of Ponsse, Eco-Tracks, Northern Chill Spring Water and our other partners not only for Dover this weekend but for the 2022 season overall,” explained Retzlaff.

“Without them, I would not be competing in the Xfinity Series this year. My goal is to go out there and just stick to the same goals we’ve had all season. We want to be better than we unloaded and go forward during the race.

“Hopefully, on Saturday afternoon, we can do a little better than 10th at the checkered flag.”

Retzlaff added, “I feel like I’ve raced the others on the track with respect and race them how I liked to be raced. Dover has some tight quarters, but I would like to continue building on that respect with my peers and teammates and hope it will be mutual with them. I’m just looking forward to getting to Dover and getting to work.”