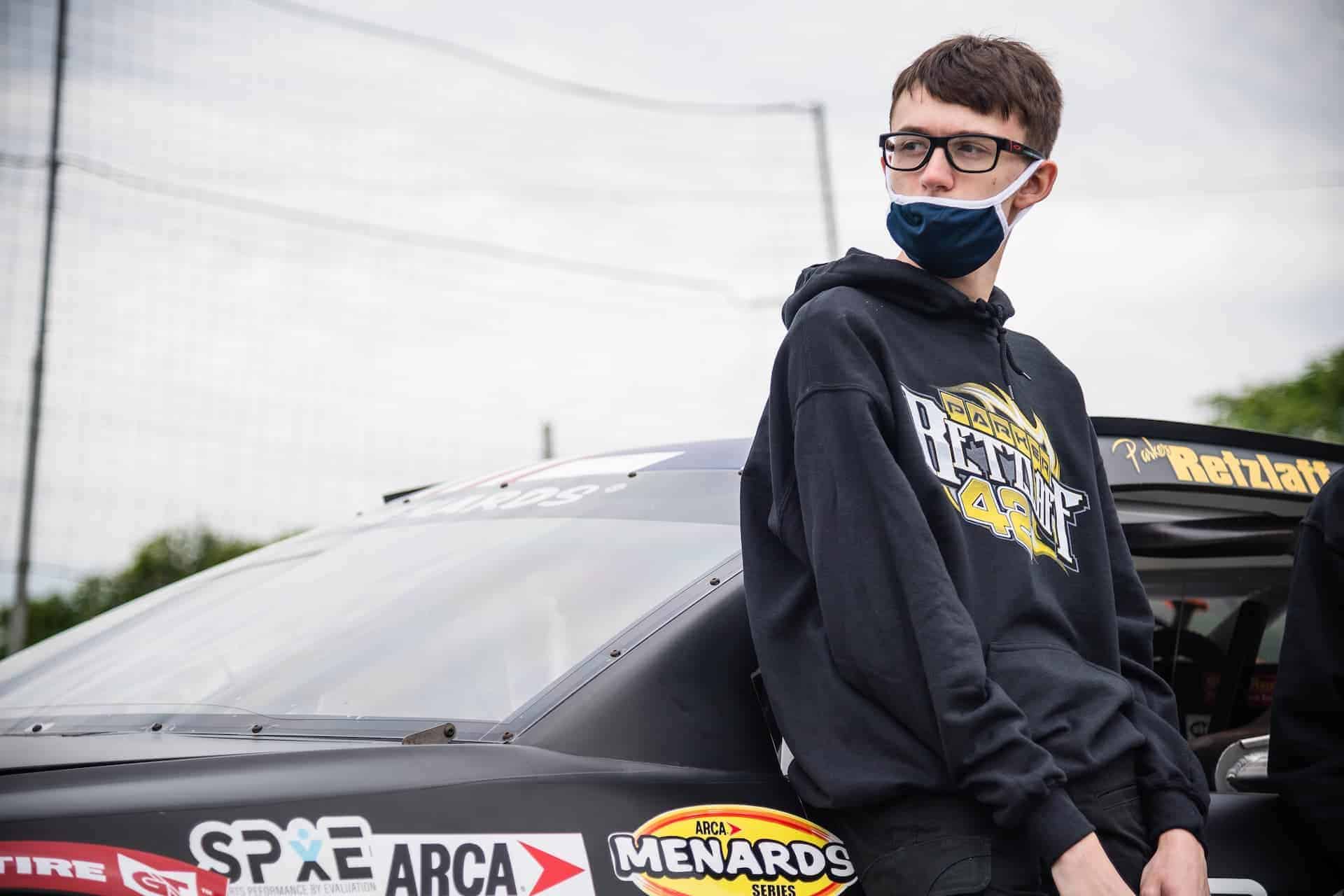 PENSACOLA, Fla.: So much learned.

Unfortunately, an array of issues would plague the 17-year-old rising star leaving him with a ninth-place finish aboard his No. 42 Ponsse | Strike Force Toyota Camry when the checkered flag was thrown.

“We had such a good start to the race, it is a shame the rest of the race turned out as it did,” said Retzlaff. “I learned a lot though.

“I probably was too hard on the tires during the first half of the race and then we developed some issues following the red flag for rain and just never could get ourselves back to the front.”

Being a young driver, especially in ARCA, Retzlaff knows he’s going to likely experience a number of hardships before relishing in the moment of victory.

Retzlaff, 17, returns to Five Flags (Fla.) Speedway, the site of Saturday’s Pensacola 200 presented by INSPECTRA not only determined to recover from New Smyrna but improve on his 10th place finish at the historic Florida short track last October.

“You can say the pressure is on,” offered Retzlaff. “I’m ready for it though. With every race under my belt, I am learning. I am eager to learn and some things behind the wheel of this Cook Finley Racing Toyota I will only learn the hard way.

“I know from a driver’s standpoint where I can be better and I plan to execute that on Saturday. Our finish last year at Five Flags may be a little discouraging though.

“Even though it was a top-10, circumstances didn’t work out as we hoped and I think robbed us of a better finish. Five Flags though is a demanding race track with some similarities to New Smyrna.

“We have shown that we are a team capable of not only running inside the top-five but also controlling the race. Now, we just need to do it from start to finish. Hopefully, that happens this weekend.”

Ponsse, which manufactures and markets a range of forestry vehicles and machinery such as forwarders and harvesters will return as the primary partner of Retzlaff’s No. 42 Toyota this weekend, while Iron Horse Loggers, Eco-Tracks, Paul G. Senft &amp; Sons Trenching LLC, Strike Force Energy, MMI, Sunwest Construction, Zamp, Absolute Realtors and HDFive | Horvath Design will all join as associate partners for the 200-lap race on Feb. 27.

“I feel very fortunate to be able to have a stack of companies that believe in me and our Cook Finley Racing team,” added Retzlaff. “We earned them some time in the spotlight at New Smyrna, it’s time to do more of the same in Pensacola.”

With seven East races remaining this season, Retzlaff is ninth in the championship standings, three points from fifth and 11 behind current points leader Max Gutiérrez.

Before turning complete attention to ARCA Menards East competition this year, Retzlaff has had a busy offseason.

He was hand-selected for the Road to Daytona program by ARCA officials after his successful ARCA East campaign in 2020. He was one of 56 drivers to turn a lap at the historic 2.5-mile superspeedway in the No. 10 Fast Track Racing prepared entry.

Additionally, Retzlaff has stayed busy with iRacing, where he continues to rack up victories and currently ranked inside the top-10 as one of the winningest iRacing drivers in the world. To date, he tallies over 1,520 victories and more than 50,000 laps led since 2016.

The Pensacola 200 presented by INSPECTRA (200 laps | 100 miles) is the second of eight races on the 2021 ARCA Menards Series East schedule. Practice begins for the one-day show on Saturday, February 27 from 12:15 p.m. – 1:00 p.m. General Tire pole qualifying is set for later in the day at 2:30 p.m. The event will take the green flag just after 5:00 p.m. with live television coverage on TrackPass on NBC Sports Gold. All times are local (CT).