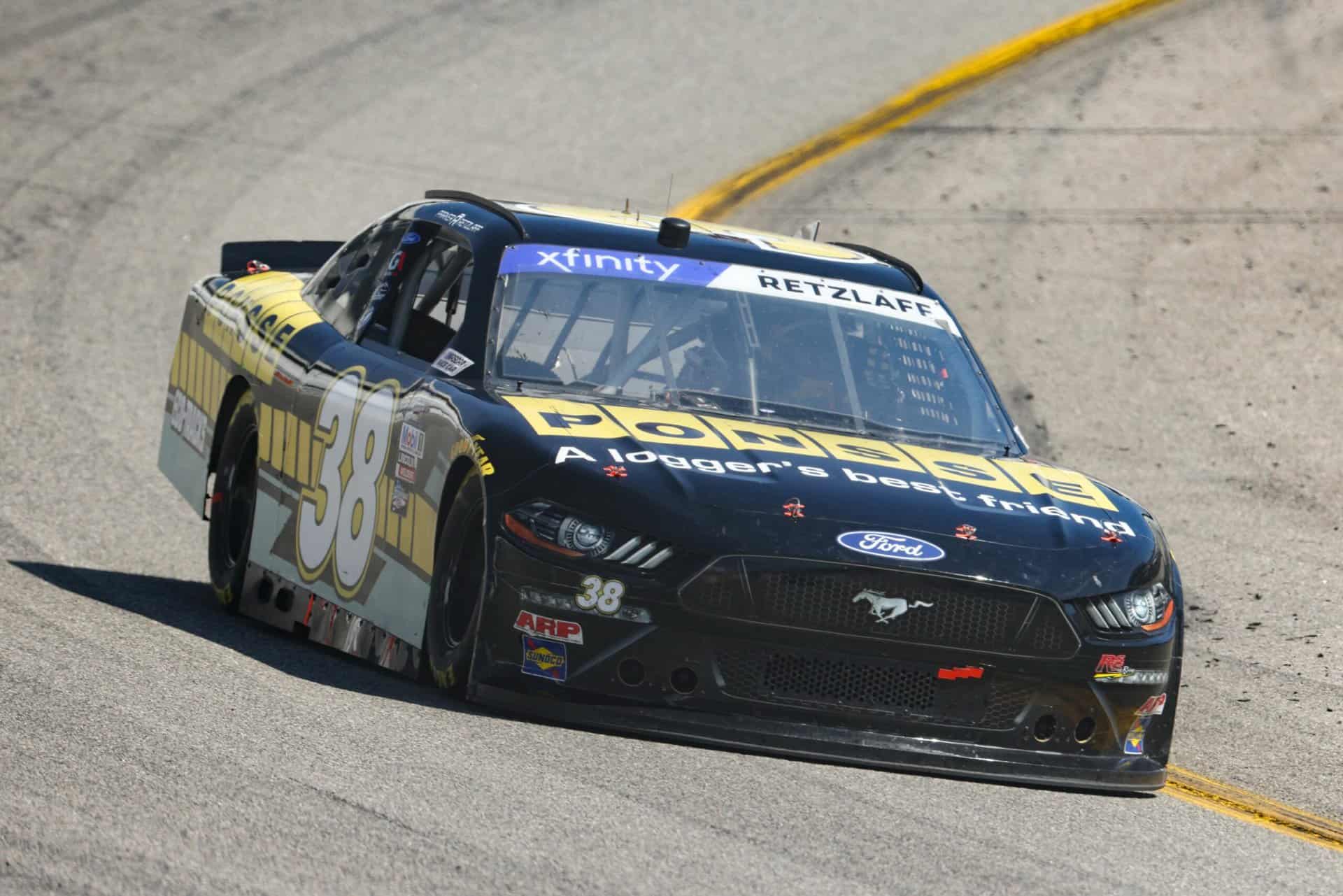 MARTINSVILLE, Va.: Vowing to pick up where he left off last weekend at Richmond (Va.) Raceway, NASCAR Xfinity Series rookie Parker Retzlaff treks to the smallest circuit of the season eyeing back-to-back top-10 finishes in Friday night’s Call 811 Before You Dig 250 at the historic Martinsville (Va.) Speedway.

Last weekend at Richmond, Retzlaff in his second career Xfinity Series overcame several obstacles throughout the 250-lap race to earn a 10th place finish in the ToyotaCare 250.

After some early practice hiccups, Retzlaff was able to showcase aboard his No. 38 Ponsse Ford Mustang in qualifying when he delivered a 10th place qualifying effort. Proving once again that his speed in qualifying wasn’t just a two-lap fluke, Retzlaff would maintain pace inside the top-10 throughout the afternoon.

Despite some setbacks on pit road that would cost Retzlaff track position, the rookie would maintain his composure and maneuver a well-balanced race car to fight from the back to the front, including a massive charge in Stage 3 to enter the top-10 in the closing laps of the race.

Running down his RSS Racing teammate Ryan Sieg in ninth, Retzlaff would run out of laps to mount a further charge but delivered on his word to finish what he started in his Xfinity debut at Phoenix (Ariz.) Raceway last month.

“I passed a lot of cars,” said Retzlaff after the race. “We got a penalty on pit road, so I had to go back to last. I just followed Noah (Gragson) and Josh (Berry) up through the field and it ended up just working out for me. It was such a good car from everyone at RSS (Racing). I don’t know, I’m just speechless.”

No longer speechless – having the opportunity to dissect his Richmond performance, Retzlaff now turns his attention to the tight confines of Martinsville looking to produce a similar effort in his third Xfinity Series start.

“I think just taking the same approach that I have in my first two races is the way to go right now,” added Retzlaff. “I know my RSS Racing team is working hard to bring me fast race cars. Hopefully, we can have a mistake-free night on Friday and it puts us in contention for a top-five finish or better.”

Wanting to showcase his potential on a larger scale is obviously the continued goal of the freshman driver but he knows staying focused, humbled and reserved will lead to results like he delivered at Richmond.

“Richmond was huge in a lot of ways,” sounded Retzlaff. “It was validation for me as a driver after our tough finish at Phoenix, but it was also a boost of confidence for my RSS Racing No. 38 team and all our marketing partners who have made the leap from ARCA to Xfinity.

“I know Martinsville – like Richmond is going to be about track position. The goal for Friday night is to qualify inside the top-10 again, keep the leaders in sight, stay out of trouble and be ready to fight for the best finish possible.”

Ponsse, which manufactures and markets a range of forestry vehicles and machineries such as forwarders and harvesters will return as the primary partner of Retzlaff’s No. 38 Ford Mustang for the 131.5-mile race.

“I feel very fortunate to be able to have the support of Ponsse, Eco-Tracks, Northern Chill Spring Water and our other partners not only for Martinsville this weekend but for 2022 overall,” explained Retzlaff.

“Without them, I would not be competing in the Xfinity Series this year. My goal is to go out there and just stick to the same goals we had at Richmond – but hope to do a little better than 10th at the checkered flag.”

“I think having the opportunity to race back-to-back races will be beneficial for me and the RSS Racing team,” sounded Retzlaff. “Even though the tracks are different, I hope to be able to take some of the fundamentals of learning to drive the Xfinity car at Richmond and apply it to Martinsville

Without a doubt, I think turning many hours and laps on iRacing will prove to be equally as beneficial too.”

The Rhinelander, Wisc. Native added, “I am also focused on building respect with my peers and teammates and having the chance to race two weekends in a row will help with that building process. I’m just looking forward to getting to Martinsville and getting back to work.”