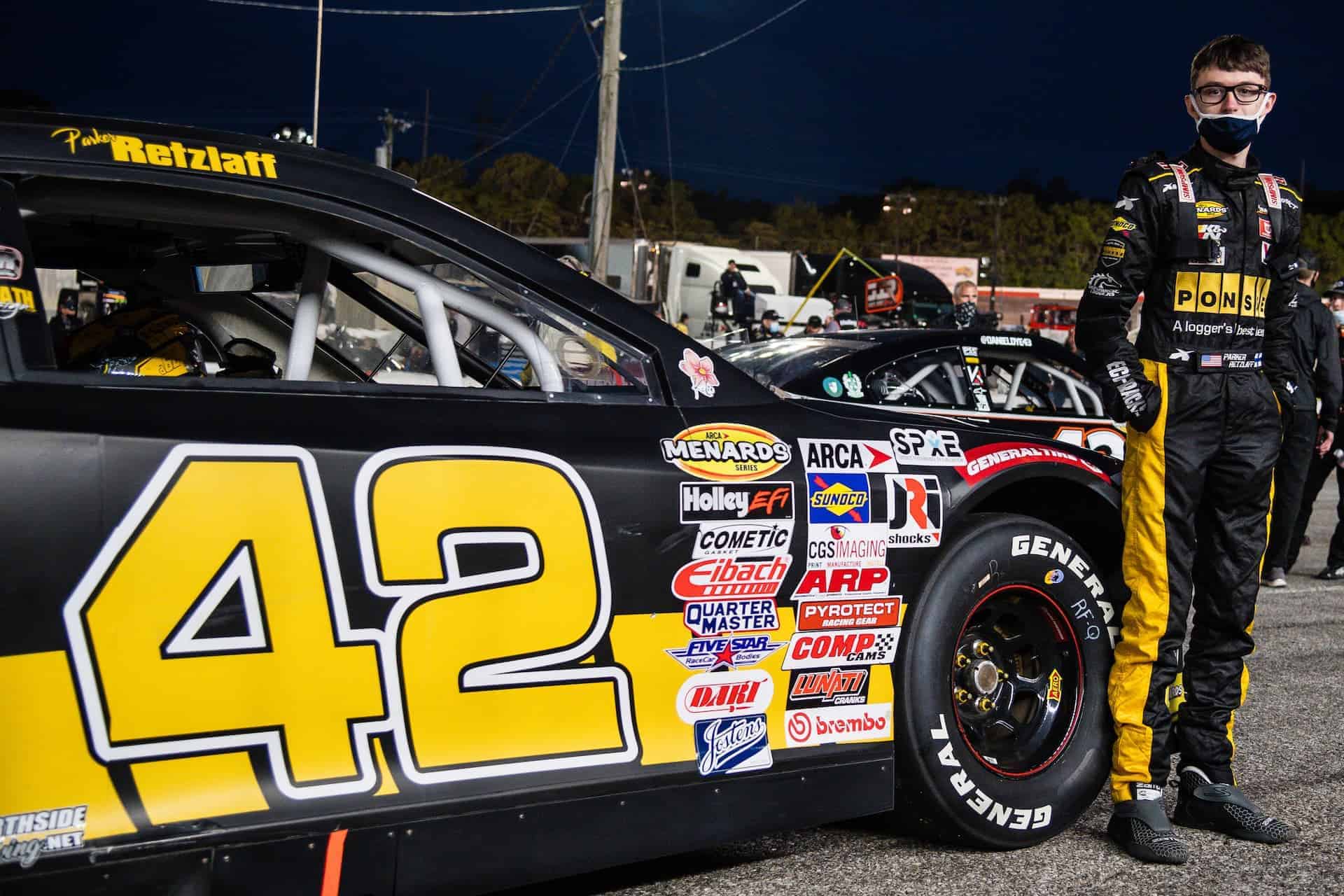 NASHVILLE, Tenn.: The nearly two and a half month sabbatical from racing in the ARCA Menards Series East is nearly over for Parker Retzlaff.

The teenage standout heads to the Music City boasting a new partner for his No. 42 Toyota Camry for the third race of the 2021 season.

“I’m very thankful to represent GrilleAdz this weekend at Nashville,” said Retzlaff. “Anytime you can bring a new partner into the sport and one that is relatable to vehicles is a win-win for us. Hopefully, Nashville is the first of many races with them this season.”

17-year-old Retzlaff has never been to Fairgrounds Speedway Nashville as a driver, but he is looking forward to the challenges the historic half-mile oval presents and the opportunity to conquer it with his Cook Finley Racing team.

“Nashville is a track that everyone seems to enjoy,” added Retzlaff. “I have heard a lot about it. Even though I don’t have many laps there, there is a lot of other ARCA Menards Series East drivers in the same boat.

“Hopefully, we can have a productive practice and get our No. 42 Ponsse | GrilleAdz Toyota Camry tuned up for qualifying and the race.”

In the most recent race at Five Flags (Fla.) Speedway, Retzlaff earned a career-best sixth place finish and is eager to build on the momentum of the Pensacola 200 and vie for a top-five finish or better Saturday night.

“I’m really proud of Amber (Slagle, crew chief) and the rest of the Cook Finley Racing team for their hard work at Pensacola and all season long,” Retzlaff continued. “We have proven that we are fast – but we have been working hard to show that we can be fast from start to finish. I have learned a lot as a driver in the last year and our finish at Five Flags was a good indicator of our improvement as a driver and team.”

Retzlaff believes his team is capable of scoring their first career ARCA Menards Series East win this weekend if all the stars align.

“The sky is the limit for us at Nashville this week,” he said. “We can win. This team is good enough to win. But, if the opportunity is not good enough to win, we’ll think big picture and focus on points and look ahead to Dover next weekend.”

Ponsse, which manufactures and markets a range of forestry vehicles and machinery such as forwarders and harvesters will return as the primary partner of Retzlaff’s No. 42 Toyota this weekend.

“I feel very fortunate to be able to have a stack of companies that believe in me and our Cook Finley Racing team,” added Retzlaff. “We earned them some time in the spotlight in the first two races of the season, it’s important to keep that going this weekend at Nashville.”

With six East races remaining this season, Retzlaff is seventh in the championship standings, four points from fifth and 19 behind current points leader Sammy Smith.

The Crosley Record Pressing 200 (200 laps | 100 miles) is the third of eight races on the 2021 ARCA Menards Series East schedule. Practice begins for the one-day show on Saturday, May 8 from 1:30 p.m. – 2:45 p.m. General Tire pole qualifying is set for later in the day at 4:15 p.m. The event will take the green flag just after 8:30 p.m. with live television coverage on TrackPass on NBC Sports Gold. All times are local (CT).